There have been a flurry of website owners and bloggers warning about crimes in foreign cruise ship ports and blasting the cruise lines for continuing to call at what they have labeled crime-ridden cruise ports. Some bloggers go so far as to call the ports dangerous and the cruise lines irresponsible for taking their passengers to known crime-filled ports.

Before we looked at the crime in foreign ports, we began looking at crime in American ports, where the majority of the critics are based. In order to compare a wide range of port crime, we began looking at cruise industry home ports within the United States. Port crime was compared base on reported crimes per 100,000. This allows us to compare cities both large and small and see which cities actually have a higher reported crime occurrence than others.

The results are sorted by port high too low for each crime category, based on rating per population of 100,000 including small and large cruise ports, so they could be compared equally.

We also looked at the 2015 murder rates in 24 cruise ports around the world. We sorted them by cruise region, United States, Caribbean, South America and Africa. For our study, Venezuela which geographically is part of South America, is listed as Caribbean because of the location at the top of South America, it is included in many Caribbean cruises.

For the world hot spots in the category of Murders we note which cruise lines sail those destinations.

Baltimore, Maryland, which overall has the worst crime rating for a U.S. port and is rated #19 in the world for 2015 murders, has two cruise lines which call there, Carnival Cruise Lines and Royal Caribbean Cruise Lines. If you want to avoid a cruise port based on crime, this should top your list for home port departures to avoid. With Norfolk Virginia only 240 miles to the south and New York City only 190 miles to the north, there are safer departure choices as our crime statistics show. Before Americans point the finger at other ports around the world, they need to address their violent crime problem in the worst American ports.

Detroit, Michigan listed as #28 for murders in the world, has only one cruise line sailing there, Great Lakes Cruise Co. Although there are numerous other local cruises out of Detroit.

For the 2015 most murders cruise port city in the world, Acapulco, Mexico which is #4 on the world list for all cities with 86.5 murders per 100,0000, most cruise lines have dropped the city with only Voyages of Discovery and Phoenix Reisen booking for 2016 calls at the port.

Kingston, Jamaica landing at #33 for 492 murders or 41.1 murders per 100,000, cruise ships typically call at Falmouth, Montego Bay or Ocho Rios, which are all located on the back side of the island facing Cuba. It's not advised to wander off on your own to the other side of the island.

Cape Town South Africa falling in at #9 with 2451 murders in 2015, more than any other cruise port on our list, is still a favorite destination among passengers boarding Cruise & Maritime Voyages, Cunard Line, Fred Olsen, MSC Cruises, Oceania Cruises, P & O Cruises, Phoenix Reisen and Princess Cruises. Brazilian ports have the highest numbers of murders collectively of any around the world. Brazilian ports racked up 10,806 murders in 2015, landing five of their ports in top 20 most murderous cities and eleven of their ports in the top 50 most murderous cities in the world. Cruise lines sailing to Brazil are Celebrity Cruises, Costa Cruises, Holland America Line, MSC Cruises, P&O Cruises, Princess Cruises and Royal Caribbean Cruise Lines. 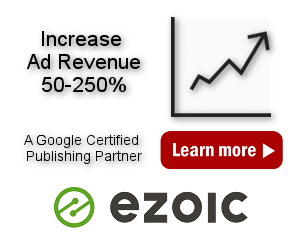